With all votes counted, Andy Dance is the big winner in School Board District 1, and incumbent Trevor Tucker barely survived against Michael McElroy, a big surprise in a race Tucker was confident he could win without much campaigning.

Andy Dance, the school board chairman, was the evening’s biggest winner as he defeated Maria Barbosa with close to a 60 percent total.

“I just am very humbled again that the voters are entrusting me with this responsibility and will continue to work on their behalf,” Dance said, downplaying the margin of victory. “I don’t think it says anything. I think people are familiar with my track record and my availability to be able to meet them out in the public. So that probably contributes more to maybe the percentage than anything else.”

Flagler should focus on start-ups, not recruitment

Entrepreneurs need fast and friendly start-up processes. They need locally owned, buy-American and veteran preferences to be honored in government purchasing. They need help getting off the ground through access to capital and mentoring. They need local governments who are ahead of the curve on infrastructure like redundant power and connectivity. Finally, as they move from sole proprietor to small business, they need employees who are willing to go the extra mile to learn what they need to know to get the job done.

In Flagler, we have most of what we need. We have the Palm Coast Business Assistance Center and Entrepreneur Night. We have a thriving school district and a college campus. We even have entrepreneurs at the helm of several of our elected bodies, including Andy Dance, Nate McLaughlin and Barbara Revels.Talented people that have organically created their own thing, just so they can live here.

See more of this Palm Coast Observer article by Heather Beavan at: http://bit.ly/1hHvEgE

The Florida chapter of the American Society of Landscape Architects announced the appointment of Andy Dance to chair the 2012 state conference to be held at the World Golf Village Resort, June 28-30, 2012.

Andy is no stranger to leading successful FLASLA conferences. Andy was the sponsorship sub-committee chair for the 2002 "Stewardship Today, Enhancing Tomorrow" conference in Ponte Vedra Beach and he co-chaired the 2004 "Florida Under Siege - A Quest For Balance" conference in Daytona Beach. 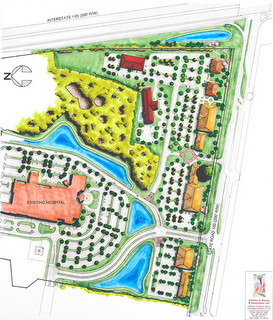 The City of Palm Coast City Council and planning board approved a development master plan for Florida Hospital Flagler that would allow an additional 100 beds, 179,000 square feet of hospital and medical-office space, a 16,000 square-foot restaurant and a 75,000 square foot hotel on tracts immediately abutting SR100.

Currently, the hospital campus contains 310,000 square feet of existing medical space stretched over 30 acres near the intersection of US Hwy 100 and Interstate 95. Future development would take in an additional 40 acres, with 20% of the overall tract remaining in conservation.

Andrew S. Dance & Associates was hired by Florida Hospital Flagler to prepare the artistic site plan renderings/presentations and the typical landscape buffer plans proposed along Hwy 100 and I-95. Read more about the proposal HERE. 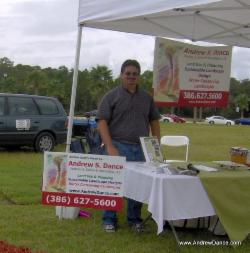 The rain stayed away and the residents responded, coming out by the hundreds to to attend the first annual Flagler Green Expo. Over fifty exhibitors were present, including Andrew S. Dance & Associates, to display and demonstrate their green services. The purpose of the expo, presented by the Flagler County Home Builders Association, was to educate, inform, and inspire consumers about ways to make their homes, environment, and lives safer, healthier and happier.

Andy & Luci Dance were manning the booth all day and talking to residents about the natural coquina prodcuts on display, including coquina stone pavers (great for the pool deck), coquina nugget mulch and custom designed coquina benches and table tops. All the coquina products are manufactured locally from native Flagler County coquina stone.

Here are more pictures from the Green Expo! 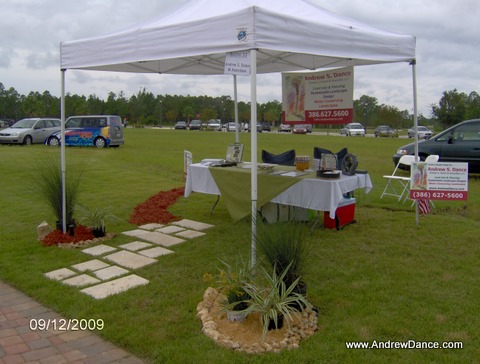 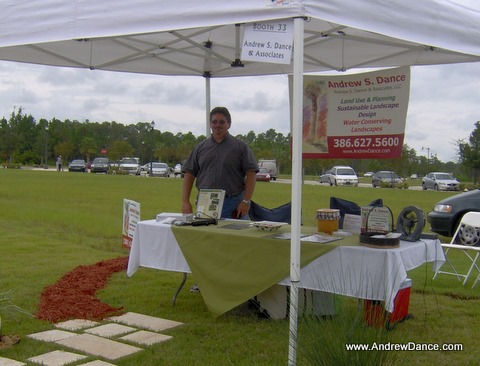 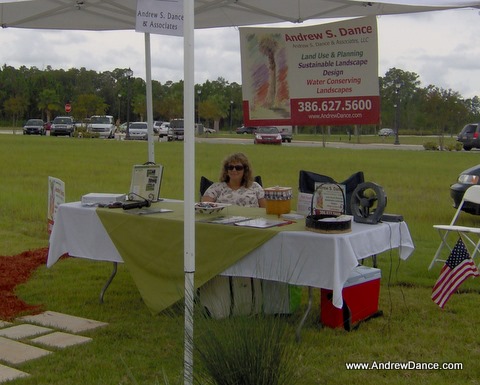 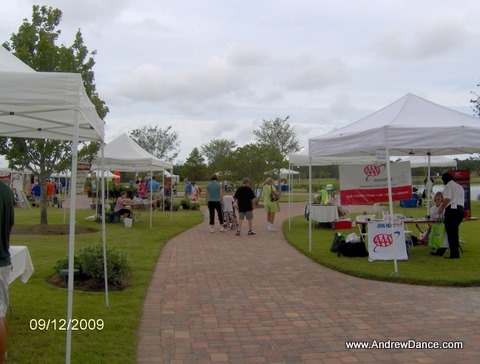 Andrew S. Dance of Palm Coast has been appointed by Florida Gov. Charlie Crist to fill a vacancy on the Early Learning Coalition of Flagler and Volusia (ELCFV) Board of Directors.

The ELCFV is the sole provider of quality state funded School Readiness and Voluntary Pre-Kindergarten (VPK) early learning services to children ages birth to five who are at risk of abuse or neglect, at risk due to socio-economic factors, or are from working poor low-income families earning at or below 150% of the federal poverty level.

Andrew S. Dance & Associates, LLC (ASD) is a leading provider of landscape architectural services in Northeast Florida. ﻿ASD was founded in 2008 with the vision of providing superior service and value to clients, while at the same time demonstrating environmental stewardship and natural resource conservation principles in every project. It is ASD's belief that this vision will not only enhance the community we serve, but also result in high quality projects for our clients.

Local businessman and parent Andy Dance defeated Lucy Green Davis for the Flagler County School Board District 1 seat. Dance won with 58% of the overall vote, winning all three components of the election; early voting, absentee and day of election votes.